This is awkward': National reaction to Mavs' mid-game trade of Harrison Barnes to Sacramento Sports

This is awkward': National reaction to Mavs' mid-game trade of Harrison Barnes to SacramentoSports DayFebruary 7, 2019 0:24 am

Dallas Mavericks forward Harrison Barnes (40), who was traded during the game, talks to Charlotte Hornets forward Marvin Williams (2) following a matchup between the Dallas Mavericks and the Charolette Hornets on Wednesday, Feb. 6, 2019 at the American Airlines Center in Dallas. (Ryan Michalesko/The Dallas Morning News)

The overhaul of the Dallas Mavericks roster continued Wednesday night as Harrison Barnes was traded to the Sacramento Kings.

The extra bit of oddity this time around for the Mavs -- news of the deal broke during the second half of their 99-93 win over the Charlotte Hornets, a game Barnes played 26 minutes in.

Here's how Twitter reacted to the news of the deal: 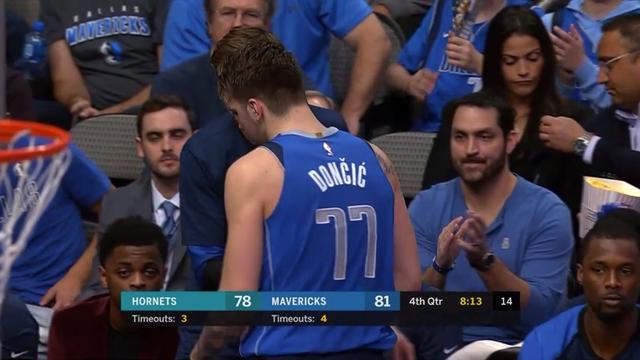 Harrison Barnes just got traded to the Kings, per @wojespn He's currently sitting on the Mavs bench. This is awkward. 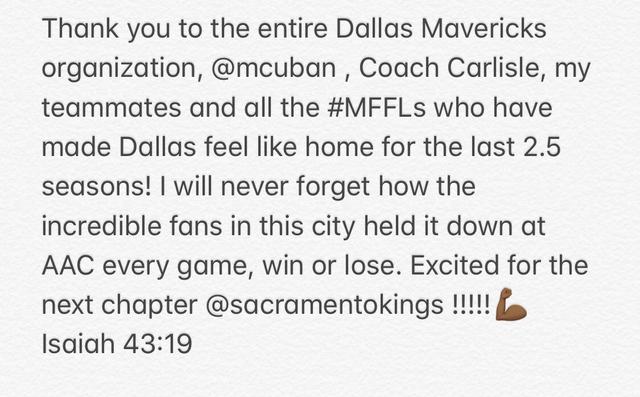 Mark CubanYou have been first class on the court and off. Your voice and actions in the community have made a difference Thank you HB

So let me guess this is cool cause they had to do what was best for the franchise right??? Traded this man while he was literally playing in the game and had ZERO idea. I’m not knocking who traded him because it’s a business and you have to do what you feel what’s best but I just want this narrative to start to get REAL/CHANGE and not when a player wants to be traded or leaves a Franchise that he’s a selfish/ungrateful player but when they trade you, release , waive, cut etc etc it’s best for them! I’m ok with both honestly, truly am. Just call a ♠️ a ♠️!!

SportsCenterHarrison Barnes was on the court for the Mavericks when reports came down that he was traded.

Rod BooneNic Batum echoed the sentiment of most of the #Hornets. They've never seen someone traded in the middle of a game before like Harrison Barnes was tonight:

Damon R. MarxRick Carlisle on Harrison Barnes: “I had a chance to speak to him before everyone got into the locker room. I thanked him for over 21/2 great years of being a model pro and being one of the most improved players in the game. And so I’m going to miss him an awful lot.”

gifdsportsHarrison Barnes still hanging around the Mavs bench after getting traded

Josiah Johnson“How the Mavs trade you during a game?” Harrison Barnes:

The Infamous Stank Man*Harrison Barnes get traded from GSW to the DAL*: “I’m about to have my own team. I’m finna be a star!!!!” *When Life came at Harrison Barnes*:

Yahoo Sports NBAHarrison Barnes was traded in the middle of the game. Awkward. 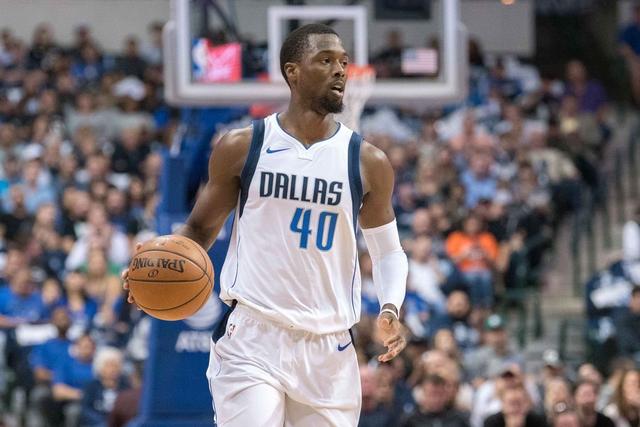 I’m sad to hear reports that the @dallasmavs have traded @hbarnes I emceed an event for @BGCA_Clubs in Dallas last year in which Barnes and his wife made a significant donation to help kids in our community. #MFFL

RyMavs really rebuilt in 6 months. Got Luka/KP and said “Thank you, next” to everyone.