Jaylon McKenzie had yet to step into a high school classroom, but his college prospects were already a hot debate.

A 5-foot-7, 148-pound eighth-grader from the St. Louis suburb of Belleville, Ill., McKenzie’s impressive athletic tool kit on the football field had already rocketed him to the upper atmosphere of elite college prospects. Chosen to compete in the Pro Football Hall of Fame Academy’s Eighth Grade All-American Game in Canton, Ohio, last August, the student at Mason-Clark Middle School in East St. Louis, Ill. turned heads with a performance that included two touchdowns and five receptions for 161 yards.

The showing helped land McKenzie in the pages of Sports Illustrated, where he was included in a November 2018 spread of “Six Teens Who Will Rule the Future in Sports.”The distinction meant that before even taking a high school snap, McKenzie was among the chosen few eyed by talent scouts and websites as a future big-time player.

“How good is Jaylon?” a former coach named Brian Buehlhorn told the Belleville News-Democrat in August 2018. “Well, there are times when we have to take him out because there have been games where every time he touches the football he scores and we want to give some of the other kids a chance.”

Illinois State Police said McKenzie, 14, was killed by a stray bullet while leaving a party on Saturday night, St. Louis’s KSDK reported. An unnamed 15-year-old girl was also struck in the attack and remains in critical condition, according to KMOV. The deadly shooting came amid a weekend of violence across the region. The St. Louis Post-Dispatch reported 16 people were shot in the area in 10 separate incidents.

“You hear this a lot when something tragic like this happens, but Jaylon truly was a great kid,” Al Lewis, a local basketball coach who knew McKenzie, told the News-Democrat after the news broke. “You know how you have star athletes? He was as naturally gifted as any I’ve seen, but if you were just hanging around him, you wouldn’t know him from the 12th man on the bench." 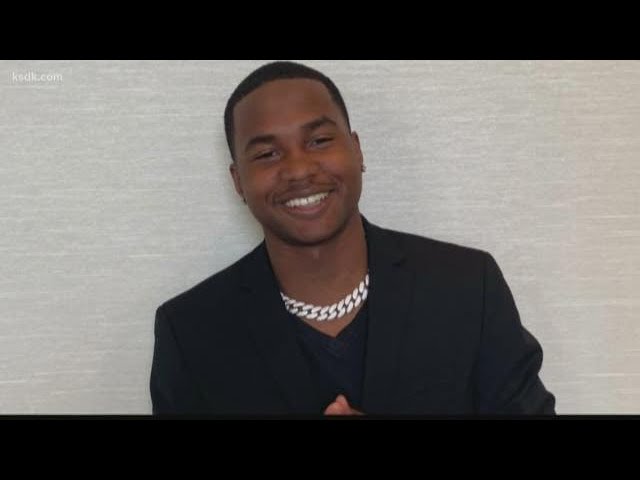 Athleticism ran through McKenzie’s bloodstream, as both his parents — Otis and Sukeena Gunner — were standouts. According to the News-Democrat, Otis played football and ran track at East St. Louis High School, and Sukeena played volleyball at the same school before going on to compete at Jackson State University in Mississippi.

When McKenzie first strapped on football pads at 7 years old with the Belleville Little Knights organization, he distinguished himself on both offense and defense, playing cornerback, quarterback, running back and wide receiver. Shy and reserved off the field, his parents would later tell KMOV their son “came alive” while playing sports.

“[H]e has never not done what he said he would do,” Buehlhorn told the News-Democrat. “A few times during a game, he’s come up to me and said, ‘Coach, give me the football. I’ll score.’ And every time he has done that, he’s scored.’’

In 2017, his last full season with his youth team, the East St. Louis Jr. Flyers, McKenzie rushed for 1,546 yards and 21 touchdowns, Sports Illustrated would later report. He was one of the 60 top prospects nationwide invited to Canton for the Hall of Fame Academy in July 2018. From there, he tried out and was chosen among 15 to play in the August all-star game.

“I think I impressed some of the coaches there. I just tried to do my best,” McKenzie told the News-Democrat in August 2018. “I was one of the first people they called to let them know we were chosen. I was really excited. It was a great experience.’’

Sports Illustrated has a long history of featuring young athletes who would go on to redefine their sport, from highlighting Bobby Fischer in 1956 to Terry Bradshaw in 1966 to Kristi Yamaguchi in 1988 to Tim Tebow in 2004.

When McKenzie was featured in the “Future Issue” of the magazine in November 2018, he made clear where his goal was fixed.

“Make the NFL,” he told Sports Illustrated. Specifically, he wanted to follow the path of Tennessee Titans’ cornerback Adoree’ Jackson, another Belleville native. McKenzie had already been offered college scholarships, including at the University of Illinois.

As McKenzie’s mother told KSDK, her son had gone to an eighth-grade dance that night, then to a party at a house in Venice, Ill. A fight broke out at the house, and the parents called the police and told everyone to go.

As McKenzie was leaving the house, he was hit in a burst of random gunfire. His mother told KMOV that after the shooting, McKenzie was taken to the hospital, where 75 friends arrived as well. He died around midnight.

“Jaylon did everything right. If he did anything wrong, I didn’t know about it,” said his mother. “He got up every morning, went to school, did his work. He never rode with anyone else; I’d take him to school, or sometimes my husband, and we’d pick him up. Then the next day, we’d do it all over again.”

According to KSDK, McKenzie’s school district released news of the shooting on Sunday morning, and announced that crisis teams would be available to talk to students in the coming days. As of Sunday night, the Illinois State Police have not released any further information on the suspects or motive for the shooting.

News of McKenzie’s death triggered an outpouring from former coaches and friends on Twitter. The fallen footballer standout’s own hero, Adoree’ Jackson, also addressed the killing.

“You Was Next Up and taken too soon!” Jackson wrote on Twitter on Sunday. “We have to do better.”