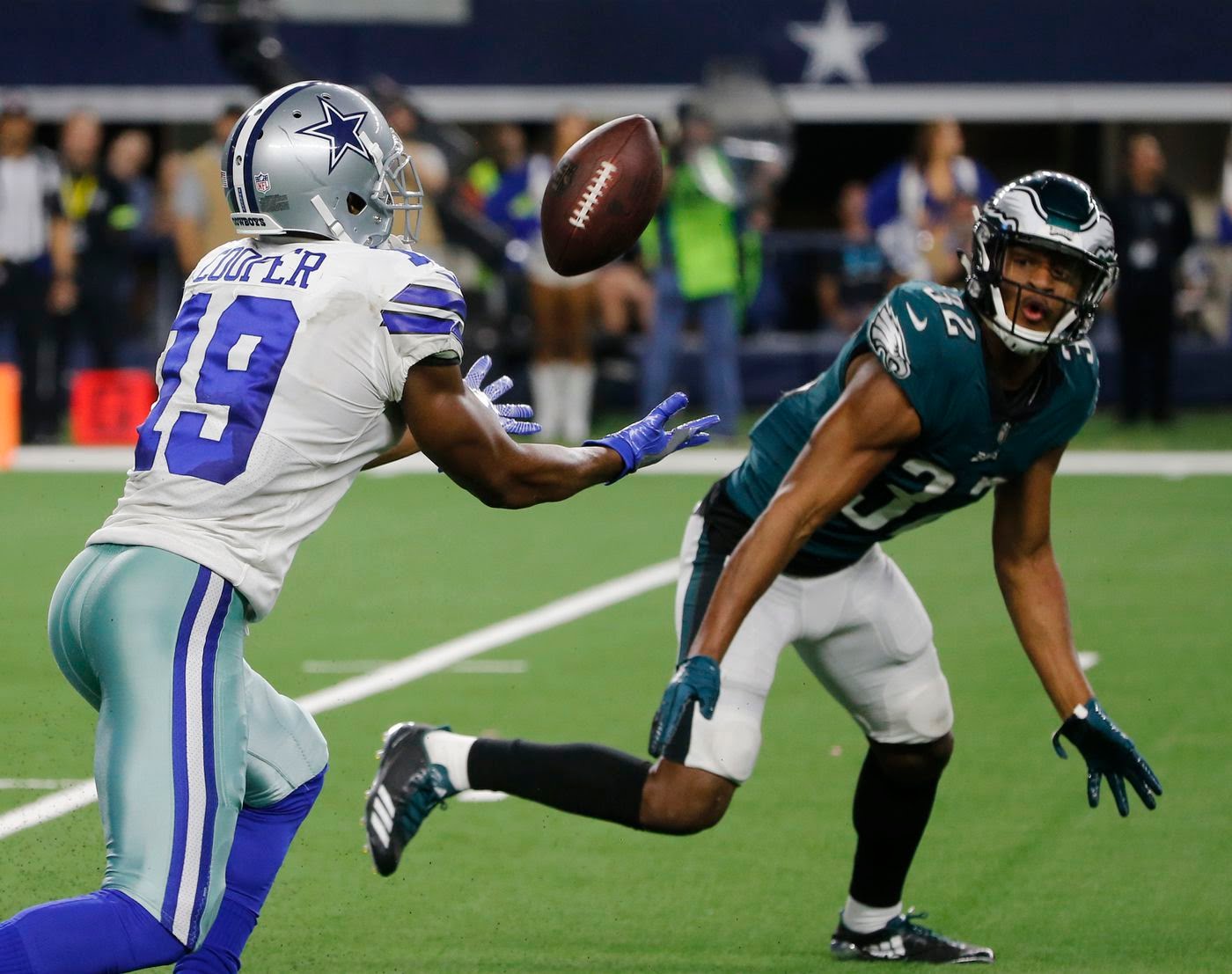 Douglas used perfect coverage on Cooper, breaking up the third-down pass from quarterback Dak Prescott. However, the ball bounced off Douglas' right hand and into Cooper’s palms for a 15-yard game-clinching touchdown.

The Cowboys won the game, 29-23, with the touchdown score.

Douglas was unable to recover after diving to make the play. His effort essentially came back to haunt him, as Cooper was able to clinch the Cowboys' second win of the season over the Eagles, furthering their stranglehold on the NFC East division race.

“Sometimes, it just happens,” Douglas said, regarding the play. “That’s part of the game. [Cooper] was making plays all day.”

Eagles‘ Malcolm Jenkins rips ‘terrible call’ in loss to Cowboys: Reviewer ‘should stay off the bottle’

The play will overshadow Douglas' performance, which may have been his best as a professional. In the first half alone, Douglas produced six tackles and a second-quarter interception.

Douglas tackled well. He rarely allowed a big play. Still, the Cooper catch will be what most come away with from his performance.

Douglas wasn’t concerned with his early highlights either. He dismissed his turnover following the game.

“It was an okay play,” Douglas said about his interception after the game. “Did we score from it? It wasn’t a big play then.”

Douglas and the Eagles will look to regroup for the final three games of the season. With several injuries piling up in the secondary, the Eagles will be in a tough spot against the NFC West-leading Los Angeles Ramsin Week 15.

“We’ve had guys go down,” Douglas said. “We don’t have many guys left [in the secondary], so we know that we have to fight