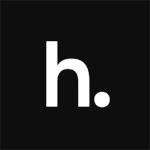 The final stretch of Miami Heat star Dwyane Wade’s NBA career is now in the homestretch, and it means each game draws a larger spotlight. On Sunday night, Wade played what will likely be his final game at Oracle Arena against the Golden State Warriors. While the two teams will meet once more this season, that matchup will be played in Miami.

After the game wrapped up and the Warriors held off the Heat for a 120-118 win, Wade swapped jerseys with star Stephen Curry and was immediately swarmed by players after. The moment was caught on camera and revealed by House of Highlights.

House of HighlightsD-Wade swaps jerseys with Steph and gets embraced by the Warriors postgame.