A 20-year-old man has been charged with capital murder for allegedly shooting 7-year-old Jazmine Barnes in Houston last month. Barnes was in the back seat of her mother's car when a vehicle pulled up alongside and opened fire on Dec. 30.

The Harris County Sheriff's Office said early Sunday that Eric Black Jr. was arrested without incident after a tip and subsequently admitted to the shooting.

Black was pulled over by police on Jan. 5 for making a lane change without signaling and marijuana was found in his vehicle, according to Black's initial appearance before a judge at 5 a.m. local time. During the hearing, it was revealed an anonymous informant emailed the sheriff's office in early January and said two people with the initials "EB" and "LW" had committed the shooting. Black's name was found through social media and identified as a suspect.

After Black was taken in for the signal and drug violations, he was interviewed by homicide detectives and admitted to driving the rental vehicle that opened fire on Barnes' car. He also told police he had the pistol at his home, which matched shell casings found at the scene of Barnes' shooting.

A second man, Larry Woodruffe, 24, has also been taken into custody, the Barnes family's lawyer, Lee Merritt, confirmed. Woodruffe is "believed to be the shooter," according to Merritt.

While Barnes' mother, LaPorsha Washington, said she believed the shooting was racially motivated, the sheriff's office said Sunday the shooting instead appears to be a case of mistaken identity.

"I am grateful to our dedicated investigators, the partner law enforcement agencies that provided vital assistance, and tipsters from across the nation who pulled together to support our work to get justice for Jazmine," Harris County Sheriff Ed Gonzalez said. "Our work is not finished, but I believe the people of Harris County can take comfort in knowing we have made great progress."

Merritt explained the discrepancy in the police sketch and suspects arrested, saying, "Larry Woodruffe doesn’t fit the description offered by the 4 different witness statements or composite sketch. Accordingly, this tip was difficult to believe. Assuming the confession elicited is reliable— it is possible the previously identified suspect seen fleeing by several independent witnesses was a bystanader (sic) attempting to escape the shooting."

Authorities had said late Saturday they were interviewing "persons of interest" in the high-profile murder.

Washington was shot in the shoulder and subsequently treated and released. Washington's other children in the car were uninjured.

Law enforcement officers had previously described the suspect as a white man driving a red pickup truck, and a reward for information about the shooter was raised this week to $100,000. However, Harris County Sheriff's Office tweeted late Saturday that, "The Jazmine Barnes Homicide investigation has taken a new direction." 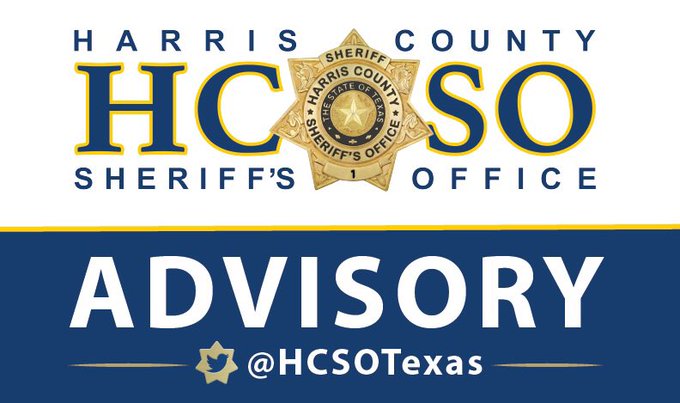 HCSOTexas✔@HCSOTexasThe Jazmine Barnes Homicide investigation has taken a new direction. Detectives are in the process of interviewing persons of interest. More details will be released as soon as possible. #hounews #JusticeForJazmine 2,10210:52 PM - Jan 5, 2019

"We didn't do anything wrong to this man. It was something in his mind that he had planned on doing beforehand," Washington said during a news conference on Thursday afternoon. "This is something that I believe was a hate crime."