Pictured: Giant 50-stone, 13ft long US alligator that was so big everyone thought it was a hoax

Pictured: Giant 50-stone, 13ft long US alligator that was so big everyone thought it was a hoax 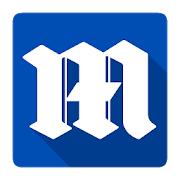 A photograph of an enormous 50-stone alligator, measuring at 13ft long, sent social media users into a frenzy this week with many unable to believe the image was real.

The giant reptile was rescued by conservationists from an irrigation ditch near Lake Blackshear, Georgia, US, and an image of the alligator with wildlife biologist Brent Howze was posted to Facebook.

But despite the state's Department of Natural Resources praising the team's actions, some online commenters insisted the picture was fake.

One wrote: 'Fake! Camera perception trick - he is actually kneeling 10 feet behind the gator making it appear larger than it is.'

Another said: 'Photoshopped picture look at his knees on the alligator', while one social media user echoed this, writing: 'That's not a real picture. It's definitely photoshopped.

However, many were quick to point out that it was real.

One commented: 'The reason he appears bigger than he actually is, is because the man is not kneeling on the 'gator's back the way that it looks in the picture. He is kneeling on the ground, way behind the 'gator.'

Mr Howze told the Cordele Dispatch: 'Apparently a lot of people think it's fake, but I can assure you that it is not. I'm the one in the picture, and you can probably tell that I didn't get too close to it.'

'It took a while to get it out of that ditch. It was bigger than we originally anticipated, and we had to use heavy equipment to move it.'

However, once the alligator was rescued from the ditch, the conservationists discovered it had been shot in the stomach and had to be put down.

Mr Howze reassured those living near the lake that it was still safe, adding that he intended to still swim there in the summer with his family.